Hey, if you buy this, you’ll need to download the manual and the SanDisk Media Converter software.

Another Monday morning has come to Video High School. The tribal hierarchy is already in full effect. In the parking lot we find the Zunes, hanging out talking football by their expensive cars, comparing their flexed LCD muscles. They’re big, they’re burly, and they come from money. What these golden boys lack in finesse and subtlety, they make up for in sheer size.

Meanwhile, the iPods are primping in the girl’s bathroom. They’re always dressed in the coolest clothes and they go to all the best parties. Everybody wants them, and their social inferiors can’t help staring lustfully at their LCD screens. But they have exclusive and expensive tastes. One put-down from them is enough to ruin your social standing for at least a semester. And they wouldn’t be caught dead hanging out with a Sansa.

Ah yes, the unglamorous little Sansas. They may not show up on the cover of the yearbook or get elected to homecoming court. But get to know them, and you’ll find that they play video just as well as everybody else at this school, along with MP3s and JPG slideshows. If their 1.8” color LCDs aren’t spectacular, at least they’re more approachable and unpretentious than the stuck-up iPods, and easier to get along with. And their 2GB storage space can be augmented by a microSD card (not included). Best of all, they don’t get pushy and demand a lot of room like the bulky Zunes. If you’ve got a pocket, chances are a Sansa will be happy to fit into it.

Years from now, when the Zunes are hobbled with knee problems and working at their fathers-in-law’s car dealerships, and the iPods have lost their good looks and gained Paxil addictions, the compact Sansas will still be doing what they do: playing video and other media without making a big fuss about it or demanding a big paycheck. Not bad for a little guy. 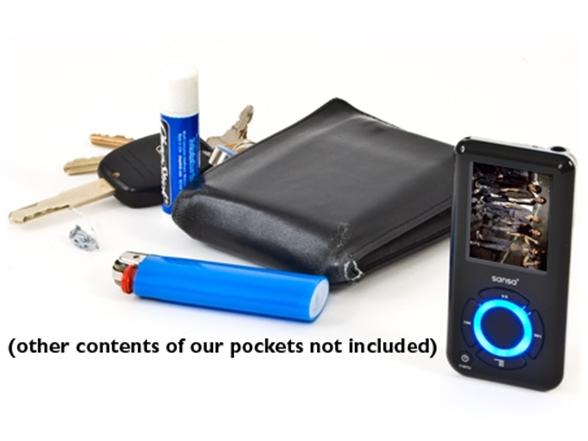 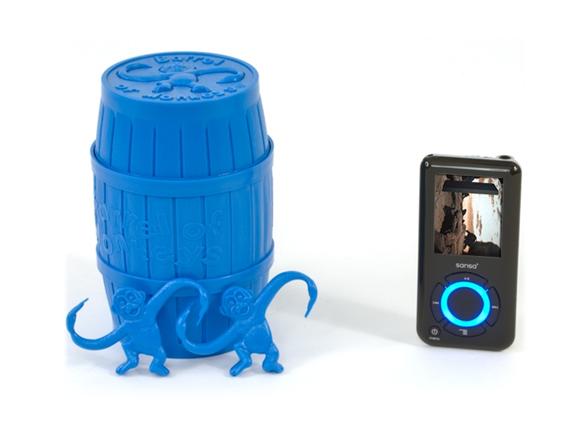