They call me Scarplates. I came here an immigrant, and I carved my cooking empire with my own two hands. And passion. And 14 pieces of non-stick cookware. This one here is my 8" skillet, it's been with me since the start. It's my little friend. Say hello to my little friend, eh?

I remember the day my mentor, Frank, first took me aside and offered me a deal. He said if I cooked dinner for a former member of the Cuban government, he'd take me under his wing. I did, and he did, and he told me the one thing I'd never forget. He said "Kid, always have a Cuisinart 14-Piece Non-Stick Cookware at your back." And since then, I always have.

Of course, my rise to power wasn't without cost. The Quart Saucepan triplets, they were the first to betray me. I made sure they were covered then turned up the heat. It was pretty easy, since they're designed for that. But they learned their lesson, and I got some excellent spaghetti for dinner.

And then there's the stockpot. I tried to give it everything I had, and it turned on me. Turned on me! Splashed me as it was boiling! You can bet I dropped that cover on it right away so it would never happen again. Nobody crosses Scarplates twice.

Today, though, I see the police outside my mansion. This could be it. They could be here to taste my cooking at last. Good thing I've got my special 12" Skillet with Helper Handle and Cover. When they burst through my door after politely knocking, I'll open up- a nice bottle of wine! I'm sure it'll go well with the dish I've prepared.

And once I've got all those steady customers, maybe I can FINALLY afford to buy some new plates. 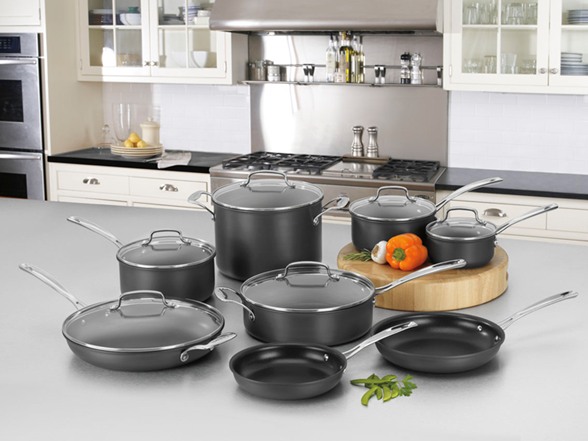 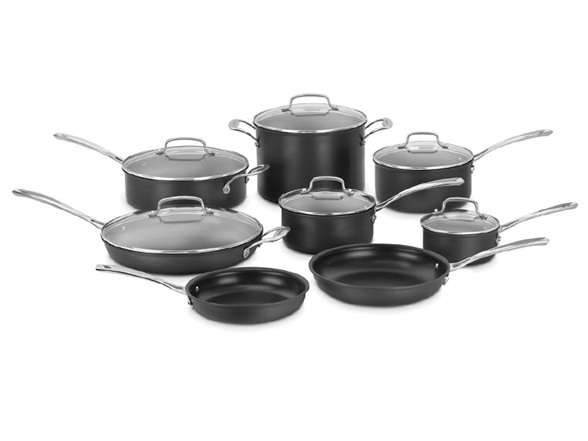