Man, copyright infringement was so much more fun back when there were only a few of us doing it. I can still remember the great Short Circuit 2 battle of ‘88, when me and the LES Video Buccaneers crew had VHS copies of that family favorite on the street in time for the Christmas season, just ahead of the Rivington Street Movie Boyz. Ah, there were giants in those days. All we had to worry about was the occasional nosy cop, and we could usually deal with that by slipping the officer a couple of movies on the house. Then digital media came along, bringing all kinds of mugs and n00bz with it. The big companies lawyered up and went nuts with one harebrained DRM scheme after another. Like Three-Six Mafia almost said, it’s hard out here for a pirate.

Like, take this LiteOn DVD Recorder/VCR LVC-9015G. It’s great that the All-Write technology can record VHS video to DVD+R/RW, DVD-R/RW or CD-R/RW discs. The built-in VCR Plus + system makes programming easy, and there’s a DV input so you can record from a camcorder directly to tape or disc. It doesn’t have anything fancy like upconversion or HDMI output, but it will play VHS video in progressive scan for maximum playback quality. Not too shabby, right?

Except don’t get too excited about making DVD copies of your VHS movies. Most of them will have Macrovision protection, and so you won’t be able to copy those. Looks like you didn’t really “buy” that movie, you just rented it until the videotape rots away. I’ve heard there are ways around Macrovision, but, uh, I wouldn’t know anything about that. If you do manage to make a backup copy of a VHS movie you own, you better hope there’s a DVD player in your prison cell. 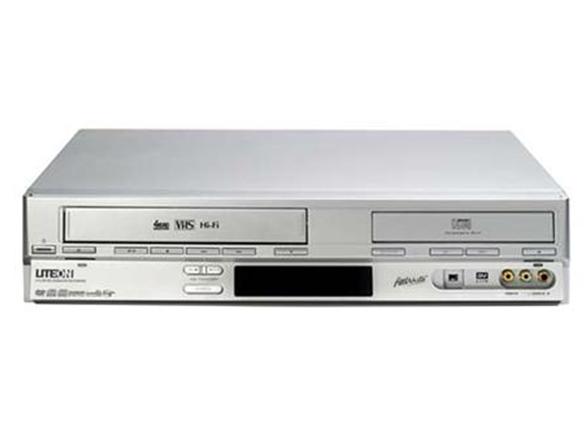 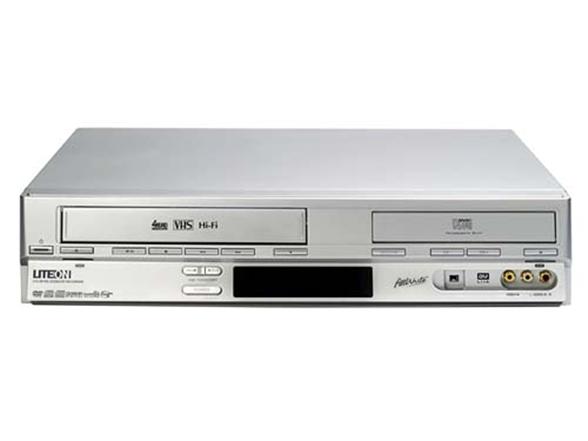 What's in the Box: