Relaxus interruptus. It’s happened to you. You settle onto the couch, drink in hand, swearing that you won’t go near the computer…but something comes up that you just have to know. Maybe you want to know where you’ve seen the fat guy on Lost before. Maybe Joe Morgan spouts some statistic that you’re pretty sure is wrong. Maybe your Mom calls to ask why Windows won’t recognize the CD burner she bought at the flea market. Off you trudge to surf up the answer, your reverie shattered, your drink gone cold and flat. And it’s all the Internet’s fault.

Or maybe it’s all your fault, for not investing in a Pepper Pad sooner. Keep one of these pint-size wireless webpads close at hand and you’ll never have to move anything more than your thumbs to start browsing. It’s not a notebook PC or a PDA - its specialties are web browsing, checking email, and playing multimedia files. When it comes to said media, the Pepper Pad is like Bob’s Country Bunker: it plays both kinds, streaming and stored on its 20 GB hard drive.

And just to carry its pro-laziness agenda to ludicrous extremes, the Pepper Pad can also function as a remote for your stereo, TV tuner, DVD player, VCR, blah blah blah. The 800×600 touchscreen comes in handy for this purpose, whereas you might want to rely more on the cleverly split thumb-keyboard when browsing the Web. It’s also got a USB 1.1 port, a composite video out jack, a fold-down stand, an SD/MMC slot, and a virus-resistant Linux OS and Firefox browser…we could go on all day, if we were being paid commensurately.

End the heartbreak of relaxus interruptus. Get yourself a mini-fridge, a chamber pot, and a Pepper Pad. Just make sure you know which one to pee in. 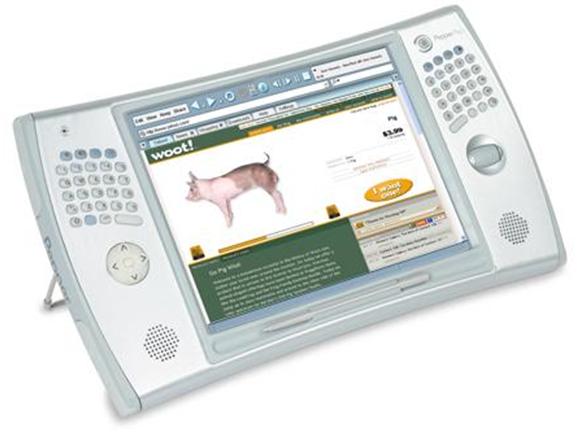 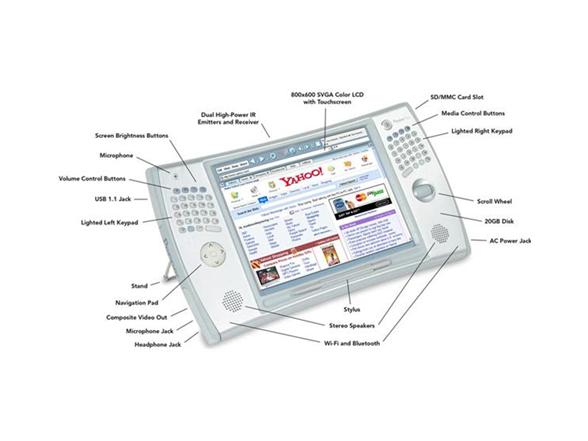