We live in an increasingly unfunny world, which might be why comedy is booming in our culture like never before. Today, every ad tries to be funny, every politician tries to be funny. Many of us get our news from comedy shows , if we haven't already been filled in by the day's viral tweets and Facebook memes. Jeopardy!'s Ken Jennings has a new book out about our comedy-first culture, called Planet Funny, which is on sale now, so we've asked him to spend June debunking some popular misconceptions about humor and comedy. He'll be here all month! Tip your waitress.

The Debunker: Are Abbott and Costello in the Baseball Hall of Fame?

It's been a trivia chestnut for decades, as anyone who's read enough mimeographed office newsletters or listened to enough drive-time radio DJs probably knows. "Who are the only two people in the Baseball Hall of Fame who had nothing to do with baseball?" The question sometimes clarifies: these two are not players, managers, team owners, or umpires. The answer has a pleasingly "aha!" ring to it: it's supposedly Bud Abbott and Lou Costello, the comedy duo most famous for their baseball routine, "Who's on First?" 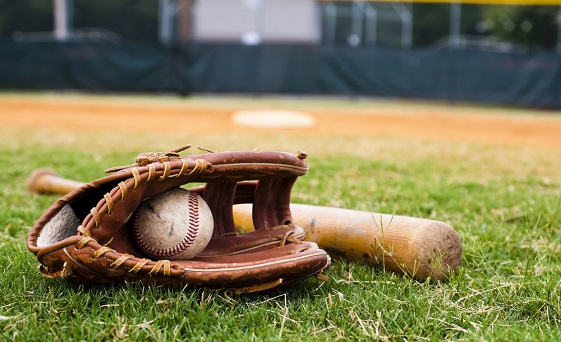 "Who's on First?", about a team of ballplayers with improbable names like "Who" and "What" and "I Don't Know," was not wholly original to Abbott and Costello, though it was their signature bit. It was based on a classic burlesque routine called "The Baker Scene," about a bakery where the boss has the unusual and confusing name of Who. ("Who's the boss?" "Yes.") To make matters even more confusing, the bakery is on Watt Street! Hilarity ensues. But the Abbott and Costello version of the sketch is faster and more streamlined, and therefore funnier. (It also makes the wise choice of setting the routine at a baseball game, a thing Americans love, and not in the bowels of a bakery.)

The folks at the Baseball Hall of Fame must get asked this question a lot, because they answer it in the FAQ on their website. "Abbott and Costello are not members of the National Baseball Hall of Fame and Museum, though the comedy duo is featured in our museum." A gold record of "Who's on First?" was placed on permanent display in Cooperstown in 1956. "This is many times better than getting an Oscar!" Lou Costello enthused. But having memorabilia displayed in the museum is not the same as being voted into the Hall of Fame. The "Plaque Gallery" of official Cooperstown inductees is just one attraction of the three-story museum. Abbott and Costello may have performed the best baseball comedy of all time that isn't Major League 2, but they are not official Hall of Famers.

Quick Quiz: Who was the only member of the Baseball Hall of Fame every to serve in Congress?