The Debunker: Was Emily Dickinson a Mysterious Recluse?

Everyone knows the legend of the mysterious "Belle of Amherst," Emily Dickinson, writing her striking and inventive poetry alone in her upstairs bedroom, refusing to leave her seclusion for any reason. Often this version of Dickinson paints her as a lovelorn spinster, and can border on a patronizing condescension we rarely see in the treatment of male writers. 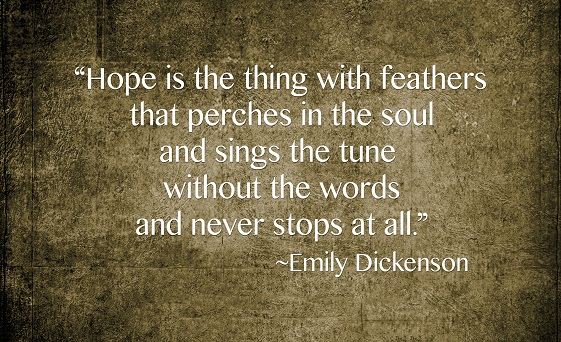 Let's be clear: many of the stories of Dickinson's withdrawal from public life are accurate. In the later decades of her life, she did begin to limit visitors and trips outside her father's house, and even preferred to speak with friends through a closed door rather than chatting face to face. And the story about Dickinson opting not to come downstairs for her own father's funeral, instead staying in her bedroom with door open a crack, is absolutely true.

But before her mid-thirties, Dickinson was in fact quite outgoing, a popular party guest with a busy social calendar and gentleman suitors. Acquaintances would long remember the "rampant fun" and "uproarious spirits" of her social circle at the Evergreens, her brother's home. It's true that when she began to focus more intently on her poetry in the late 1850s, she began to weed out many social distractions in her life, but she never isolated herself. Until the end of her life, she was a busy correspondent, trading frequent letters and notes with a wide social circle. She was forever sending flowers and baked goods to neighbors in need, and always welcomed neighborhood children with baskets of cookies or gingerbread. In the 1870s, Dickinson is believed to have had a romance with an elderly judge, and the people of Amherst evidently saw her about town often enough to note her trademark white dress, which became for them a symbol of her eccentricity.

Emily Dickinson's social withdrawal was real, but it's often been overstated in fictional or biographical retellings of her life. To the degree that she started to drift away from the social whirl of Amherst, Massachusetts, it was in connection with the richest and most productive creative period of her life. She was an artist, not a hermit.

Quick Quiz: : Which of the four Sex and the City leads played Emily Dickinson in the 2016 film A Quiet Passion?