The Debunker: Can Mormons Drink Coke?

Granted, this is a myth that comes up more often for me than it does for 99.9% of you, since I am (a) Mormon and (b) a big Coke drinker. But it seems pretty persistent:

In a way, I'm flattered and impressed when my soda choice is questioned, because at least it means the other person is aware that members of the Church of Jesus Christ of Latter-day Saints ("the Mormons!") don't drink caffeinated beverages like coffee or tea. This is a plot point in the "Spooky Mormon Hell Drink" number of Broadway's The Book of Mormon, which has helped educate America on this point. In that musical's vision of Mormon hell, giant forbidden Starbucks cups gyrate in the underworld alongside Hitler, Jeffrey Dahmer, and Johnnie Cochrane. 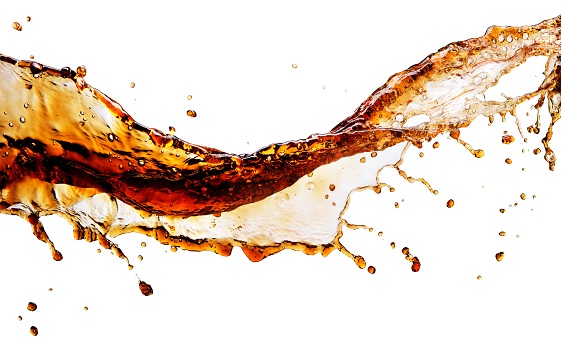 But, confusingly, the Mormon prohibition on coffee and tea is not a prohibition on caffeine. The canonized Mormon health code is called the "Word of Wisdom," and was given to the religious movement in 1833 by its founder, Joseph Smith. It prohibits "wine or strong drink" and "tobacco," which explains why your Mormon acquaintances are non-smoking teetotalers. But it also mentions "hot drinks," which is where the confusion begins. In the 1920s, the health tips in the Word of Wisdom became mandatory for temple-attending Latter-day Saints, and at the point the interpretation of "hot drinks" was standardized as "tea and coffee." Cocoa and herbal tea are hot, but fine. Iced tea and iced coffee are cold, but not fine. Given those guidelines, it's easy to assume that caffeine, the actual psychoactive drug, is the forbidden fruit here, and that Coke would therefore be soda non grata, but that's never made theologically official. The church stayed out of the cola wars, repeating that "habit-forming drugs" were of course bad news, but the doctrinal prohibition was only on coffee and tea.

Culturally, many Mormons have avoided caffeinated soda just to be on the safe side of God's wrath. But that practice appears to be waning. In 2017, for the first time, caffeinated Coke appeared in vending machines on the campus of Brigham Young University and church offices in Salt Lake City. Apparently, my cola habit wasn't apostate; it was just slightly ahead of the curve.

Quick Quiz:Donny and Marie Osmond never did ads for caffeinated sodas, but in the 1970s and 1980s they were the TV pitch-Mormons for what sugary non-caffeinated drink?