The Debunker: Are You Within Three Feet of a Spider Right Now?

I debunk a lot of weird stuff on this website, but this oft-repeated factoid is a unique kind of a thing even for me: a trivia fact that presumes to know an awful lot about my current situation. Really? I'm three feet from a spider at all times? Even if I'm swimming in a hotel pool? Skydiving from a plane? Trudging across the Antarctica tundra? How does nature guarantee my spider proximity in situations like those? 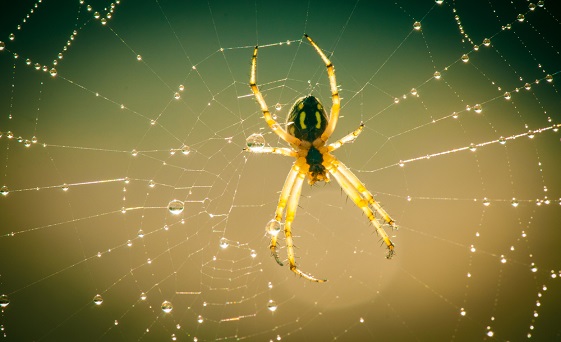 The originator of this slightly presumptuous misconception appears to be Norman Platnick, a curator and spider expert at the American Museum of Natural History. He began a 1995 article by claiming, "Wherever you sit as you read these lines, a spider is probably no more than a few yards away." Platnick was making the point that spiders are near-ubiquitous in most ecosystems, and rarely noticed. But he hadn't done any involved math on the subject. He was just trying to grab lay readers with a fun intro.

Spider expert Rod Crawford agrees that a few feet or yards is a safe bet for most people in the great outdoors. In fact, on a grassy lawn, you could probably amend Platnick's guess to "a few inches," because ecosystems like that average at least fifty spiders per square meter. In forests, it might be a tenth that; in particularly spider-dense pastures, the count might be ten times as high. But in non-natural settings, Crawford says (imagine a paved parking lot or a well-fumigated building) you shouldn't be surprised if your nearest spider is hundreds of feet away. I hope that's a weight off your mind. If you want absolute spider-free certainty, though, stick to swimming or skydiving.

Quick Quiz: : In 2017, a tech company called Energous received a patent for its "WattUp" technology, which enables you to do what from three feet away?