THE DEBUNKER It's June and summer is just around the corner, which means long lazy hours at the ol' swimming hole. But watch out for two water hazards. First of all, that water can be colder than you think, even on the warmest June days, so stay safe out there. Secondly, a lot of the stuff you think you know about swimming might not actually float in real life. Take a few laps around the pool with Ken Jennings from Jeopardy! He'll dive in and set you straight.

The Debunker: Will Sharks Die If They Stop Swimming?

I assume it was Annie Hall that brought this belief to the American public. "A relationship, I think, is like a shark. You know?" says Woody Allen's character Alvy Singer near the end of the film. "It has to constantly move forward or it dies. And I think what we got on our hands is a dead shark." 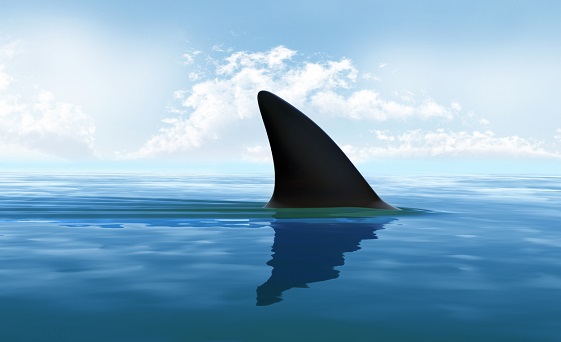 But Woody's shark knowledge is like many of his life choices: not entirely reliable. It's true that sharks have gills instead of lungs, and they breathe by extracting oxygen from the water that runs over the slits of their gills. But many species of shark use what's called "buccal pumping" to keep water flowing over their gills. They have muscles in their cheeks that actively force water into their mouths and over their gills when they close their jaws. These species, like bullhead sharks and nurse sharks, don't need to move at all to keep breathing.

Other shark species can use a mixture of buccal pumping and "ram ventilation," which is the scientific term for Alvy Singer's "breathing through forward motion" thing. But there are some sharks (including tiger sharks, mako sharks, and great whites) that don't use buccal pumping. They are obligate ram breathers, meaning that, yes, forward propulsion is the only way they can keep oxygenated water flowing over their gills. But researchers have seen even these go-go sharks pausing to bask in the ocean without suffocating. We don't know for sure how they do it—maybe by choosing rest stops where the water is unusually highly oxygenated?—but even obligate ram breathers get to take a break sometime.

Quick Quiz:What movie character—not a shark but one of the bony fishes—lives by the motto "Just keep swimming?"