THE DEBUNKER It's June and summer is just around the corner, which means long lazy hours at the ol' swimming hole. But watch out for two water hazards. First of all, that water can be colder than you think, even on the warmest June days, so stay safe out there. Secondly, a lot of the stuff you think you know about swimming might not actually float in real life. Take a few laps around the pool with Ken Jennings from Jeopardy! He'll dive in and set you straight.

The Debunker: Did Michael Phelps Really Eat 12,000 Calories a Day?

In 2008, when American swimmer Michael Phelps won a record eight gold medals at the Beijing Olympics, my six-year-old son idolized him. He wore his swimsuit around the house all day every day, standing up on random pieces of furniture like they were medal stands and putting plastic medals around his own neck. But as a paunchy dad, what I envied about Phelps was his diet. Newspapers reported that Phelps, to keep his energy levels up in competition, was eating a whopping 12,000 calories every day. On a typical day, that would be a 4,000-calorie breakfast of French toast, pancakes, and fried egg sandwiches, a 4,000-calorie lunch of pasta, ham sandwiches, and energy drinks, and a 4,000-calorie dinner of pasta, pizza, and more energy drinks. Living the dream! 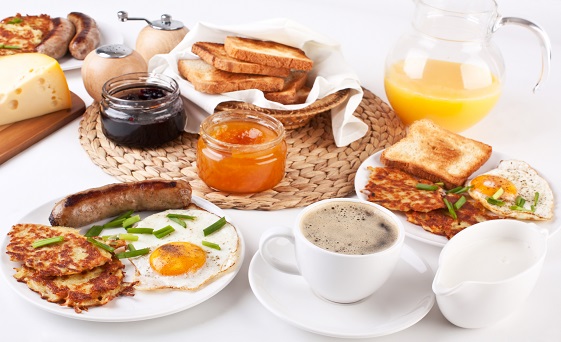 Twelve thousand calories is a mountain of food, about six times as much food as the average adult should eat in a day. But in 2017, at a Facebook Live event sponsored by Krave Jerky, Phelps set the record straight about those reports. "Twelve thousand is not real," he said. "It's impossible. You can't eat that much." He called it a "fabricated lie" that had spread from the British press.

"During my prime, I was probably really eating eight to ten [thousand calories per day]," Phelps said. That's still an insane calorie intake, but it was when he was in high school and still growing, he said, not during Olympic training. Towards the end of his Olympic career, he said, he was focused on staying lean, not bulking up. He says he ate a lot of chicken and fish and stayed away from red meat entirely. A brave statement to make at a beef jerky-sponsored forum!

Quick Quiz:At the 2012 London Games, Phelps surpassed the career Olympic medal record of Larisa Latynina, who competed for the Soviet Union in what sport?