Where Does the Word “Kangaroo” Come From?

Everyone likes a story that makes stuffy British colonizers look dumb, right? That probably explains the legend that’s been told since Victorian times about the origins of the word “kangaroo.” In an 1888 book, Australian journalist Donald Macdonald noted that “according to the traditions of the bush,” the kangaroo was named in English in 1770 when Captain James Cook’s ship ran aground on the Great Barrier Reef. Cook’s party came ashore in what is today the far north of Queensland. Seeing an unfamiliar animal hopping by, Cook asked a nearby aborigine what it was. “Kangaroo,” replied the native--meaning in his language something like “I don’t know” or “I don’t understand English, you dingus.” “Aha, the kangaroo!” nodded the clueless commander. And history was made. 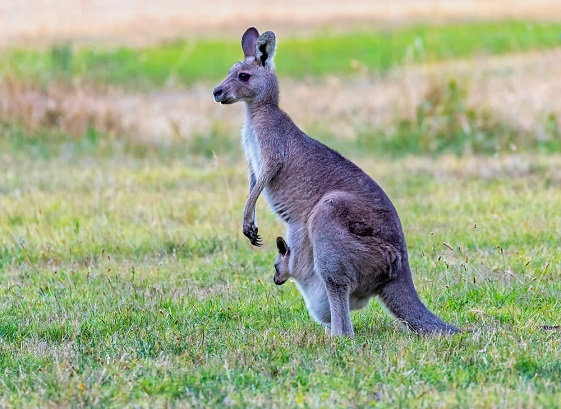 The myth is so widespread that it’s even parroted by Amy Adams’s linguistics professor character in the 2016 sci-fi hit Arrival. But we now know that, as is so often the case in life, truth is less amusing than fiction. In 1898, anthropologist Walter Roth wrote to the editors of The Australasian to set the record straight: “kangaroo,” he said, is clearly derived from “gangurru,” meaning “black kangaroo” in the language of the Guugu Yimidhirr people of north Queensland. It’s their name for the eastern grey kangaroo. But lexicographers took no note of this until 1972, when linguistic anthropologist John Haviland began his work on Guugu Yimidhirr and was able to confirm the “gangurru” etymology.

The misunderstood “I don’t know” story is a bit of a trope from the age of exploration. There’s an almost identical story about where the name of the Yucatan Peninsula comes from, for example. But there are plenty of true stories about stuff that got weird names because early explorers were lousy with indigenous languages. “Canada,” for example, seems to come from a Huron-Iroquois word for “village.” In 1535, the Jacques Cartier expedition was told by locals about a route to a single nearby village, and they took the name to refer to the whole region! Jacques Cartier: excellent navigator. Not a great listener though.