The Debunker: Did Wilt Chamberlain Sleep with 20,000 Women?

Almost twenty years after his death, Wilt Chamberlain is famous for his larger-than-life basketball stats: averaging fifty points a game over the course of one season, or shooting 73% from the floor in another, or averaging 27 rebounds per game in another. Not to mention that 1962 game in Hershey, Pennsylvania when he scored 100 points, a record that nobody came within 20 points of for half a century. (Kobe had an 81-point game in 2006, and is currently in second place.) But the amazing stat that people might think of first when it comes to "Wilt the Stilt" is the claim, in his 1991 memoir A View from Above, that he had slept with 20,000 different women over the course of his life. 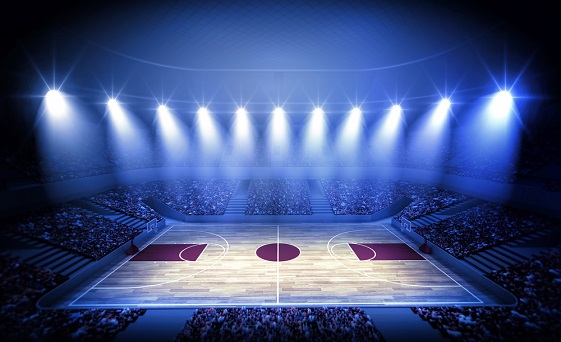 Now let me be clear: I have no way of providing an actual count here. I can't speak with every woman alive on earth from the early 1950s up through 1991 and ask whether or not they would describe their relationship with Wilt Chamberlain as "sexual." But I can do what number-crunchers have been doing every since A View from Above first hit bookstore shelves, and explain why it's exceedingly unlikely, based on math alone.

First of all, let's look at how Chamberlain came up with that number for his book. In his biography Wilt: Larger than Life, Robert Cherry quotes Chamberlain's friend Rod Roddewig as saying that he counted 23 women coming and going during a ten-day stay at Chamberlain's Honolulu penthouse. Wilt used that 2.3-women-a-day average—scaled down by almost half, to stay on the conservative side—to get his total of twenty thousand over the course of a lifetime. That's not exactly scientific.

And is it realistic? A total of 20,000 women would mean that Chamberlain lost his virginity at age fifteen (despite childhood friends opining that Chamberlain never had girlfriends in high school) and then averaged 1.2 new sexual partners a night until 1991 when his book came out. Every time he got sick, or got too tired on the road, or (heaven forbid) slept with the same woman two nights running, he would have to arrange 2.4 new women the following night to keep up his punishing pace! All without a single story ever getting out about an STD or a paternity suit. (One possible "Little Wilt," a man named Aaron Levi, did turn up in San Francisco in 2015.)

To be skeptical about the 20,000 claim, you don't have to believe the innuendos (most prominently from sportswriter Bill Simmons, who should really know better) that Chamberlain was a closeted, overcompensating gay man. For one thing, there's evidence that Wilt didn't take the number all that seriously either. Sportswriter Dick Schaap said Chamberlain thought of the boast as a "throwaway line" and never expected so many people to fixate on it. And in 1999, Chamberlain said that, looking back, he valued his longer relationships more than having had "a thousand different ladies"—cutting the original claim by 95%. So maybe he thought of the twenty thousand number a metaphorical, like when the Bible says "forty days and nights" just to mean "a really long time."

Quick Quiz: Over 20,000 women are planning to run for public office in 2018, according to what organization that raises crucial "early money" for its list of female candidates?