The Debunker: Do You Swallow Eight Spiders Every Year While You Sleep?

I mean, I guess you could, but you'd have to really want it. They're not going to just wander into your mouth. As University of Washington arachnid expert Rod Crawford says on his museum's website, "No such case is on formal record anywhere in scientific and medical literature," despite people having slept and watched each other sleep for millennia. He points out that this is an urban legend that goes back decades, with a wide variety of phony "statistics" on offer. Sometimes it's a mere four spiders snacked on per year; other times it's given as a full pound eaten in a lifetime. 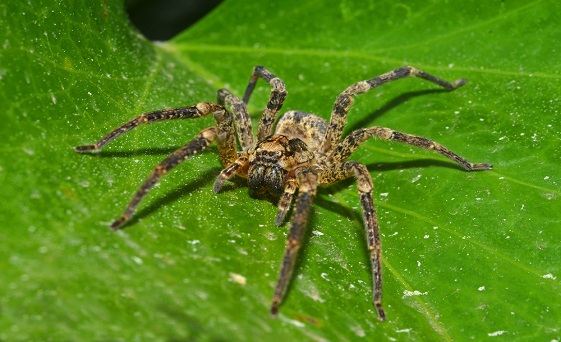 Scientific American points out that, in addition to its suspicious lack of documentation, the myth goes against everything we know about spider behavior and human behavior. Spiders don't seek out human contact—they mostly stay out of our way and worry about feeding. They have no reason to explore the orifices of what is to them a breathing, occasionally moving, and insect-free giant. And we humans routinely wake up when bugs crawl on us, and don't reflexively swallow when we feel something unusual in our throats. If spiders were crawling into our mouths at the rate of almost one a month, we'd probably have noticed by now.

The mythbusters at Snopes have long credited the spider legend to a writer named "Lisa Birgit Holst," who used it as an example of an implausible Internet-spread factoid in a 1993 article for PC Professional magazine. Oh, the irony, that a magazine columnist's invented urban legend would catch on as a real one! But, weirdly, this story appears to be a further invention; no one has ever been able to confirm the existence of Holst or an English-language PC Professional magazine. Since "Lisa Birgit Holst" anagrams to "this is a big troll," some have theorized that this story is a prank or copyright trap on the part of Snopes.com. So much for "the definitive fact-checking site!"

Quick Quiz: : In what country did fried spiders become a delicacy during the Khmer Rouge years of food shortages?