The Debunker: Does It Snow a Lot in Antarctica? 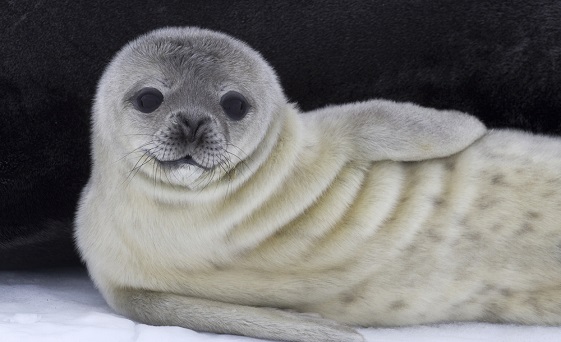 Sure, there's plenty of snow and icy compacted snow underfoot in Antarctica. A 2016 study found that just 0.18 percent of the Antarctic continent is exposed rock (pending future climate change, of course) and we know that much of the Antarctic icecap is literally miles thick. The South Pole, for example, sits at an elevation of 9,300 feet above sea level, but 9,000 feet of that is snow and ice.

But despite all the snow underfoot, there's very little in the air. The South Pole gets just 2 mm of precipitation every year, roughly one one-hundredth what you see in desert cities like Phoenix or Dubai. And 90 percent of that precipitation isn't really recognizable as flaky snow—it's just ice crystals condensing out of the air. Other polar stations also report very little snowfall. Frigid Vostok gets about 20mm of snow a year, while coastal stations may see just 300mm of precipitation annually, roughly what Los Angeles gets.

Why is the iciest place on earth as arid as any desert? Mostly because it's too cold. Cold air holds less moisture than warm air, and Antarctica's lack of sunlight and its high elevation (the highest of any continent) mean that you rarely get the milder surface conditions that would deliver heavy snowfall. Oceans, which could store heat and therefore moderate weather, are thousands of miles away from the frigid interior. The miles of snow and ice that cover Antarctica fell just a few millimeters at a time over millions of years. It's just than on this dark, chilly Costco freezer room of a continent, none of that snow ever melted. It's all still there!

Quick Quiz: The U.S. research station at the South Pole is named for what two men, who visited there separately during the winter of 1911-12?