The Debunker: Does the Post Office Vow Never to Be Stopped by Snow or Sleet?

There's an old episode of Cheers where Cliff, the know-it-all letter carrier, stops by the bar during the middle of the afternoon. "Aren't you going to finish your mail route, Mr. Clavin?" asks the confused Woody.

"Are you kidding?" says Cliff. "There's too much snow and sleet out there. Besides, it's getting a little dark." 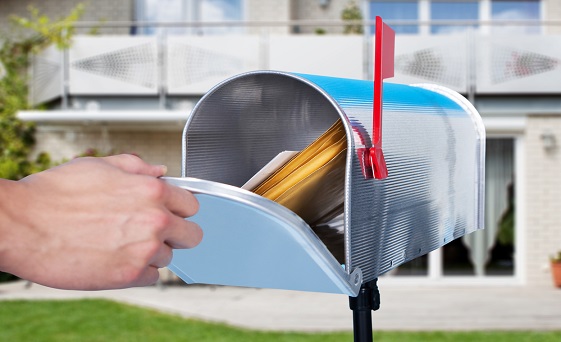 This gets a roar of laughter from the live studio audience, which immediately got the reference and recognized Cliff's dereliction of his postal duty. One of the things everyone knows about the American mailman is his solemn oath that "neither snow nor rain nor heat nor gloom of night stays these couriers from the swift completion of their appointed rounds." The audience—and the Cheers writers—have mistaken "heat" for "sleet" in the motto, but that's a common goof. Everyone knows that this is the motto of U.S. Postal Service, right?

Actually, no. The "neither rain nor snow" line is a real quote—in fact, it's a translation from Herodotus's glowing review of the messenger service of the Persian Empire in the 5th century BC. In 1912, when the post office built its massive new New York offices near Penn Station, Herodotus's words were carved above the impressive colonnade on Eighth Avenue. As a result, the creed has been closely associated with the Postal Service for over a century. But in fact, the words on the Manhattan post office were placed there as an architect's fancy. The U.S. Postal Service has no motto, and has never recognized the Herodotus quote in any official way.

One possible reason why the pledge has never appeared on an official seal or anything? The Post Office actually doesn't guarantee delivery in bad weather. Things like snow and rain cancel or delay mail service all the time. That said, Cliffie still should have finished his rounds before stopping by Cheers for a beer.

Quick Quiz: In what 1997 movie, a notorious box office bomb, is the "neither rain nor snow" oath officially used to swear in new letter carriers?