Do you celebrate National Peanut Day every September 13? Of course, we all do! It's a cruel coincidence that the peanut's big moment comes every fall, just as kids are returning to their increasingly peanut-free schools. If you're not allergic, you probably love peanuts in your trail mix, on sundaes, or in sandwiches (butter form only). But how much do you really know about the protein-rich foodstuff? Jeopardy!'s Ken Jennings is here to tell us that a lot of your favorite facts about this beloved snack are just plain nuts.

The Debunker: In Peanuts, Is Charlie Brown Bald?

Charles Schulz always hated the name Peanuts. When he pitched his revolutionary comic strip to United Feature Syndicate in 1950, he called it Li'l Folks, the name of his panel comic about children that had been running since 1947 in the St. Paul Pioneer Post. Production manager Bill Anderson suggested Peanuts as a replacement name, referring to the "peanut gallery" audience used by children's TV shows of the time. Schulz thought the new name was "totally ridiculous" and lacked dignity, and spent years trying to get his bosses to retitle the strip Good Ol' Charlie Brown. That's why the Sunday strip was labeled as Peanuts, featuring Good Ol' Charlie Brown for most of its run. 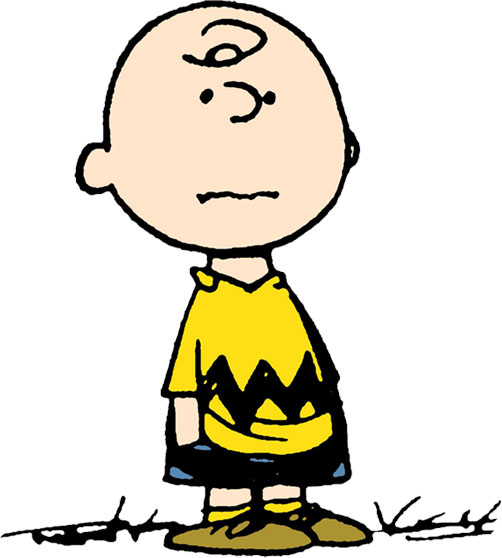 But good ol' Charlie Brown has been misunderstood for decades. Because the strip's iconic "round-headed kid" is always drawn with a curly scribble of hair on his forehead, a little tuft in the back, and nothing in between, most readers assume that he's bald. The New York Times has called him bald; so have Entertainment Weekly, US News & World Report, and TV Guide. I myself, as a child, assumed that Charlie Brown's round pink head was bald. In fact, at six years old, I was annoyed to see on my parents' original cast album of the musical You're a Good Man, Charlie Brown that the title character was played by a normal dude (M*A*S*H's Gary Burghoff!) with normal hair.

But Charlie Brown's creator is on the record as to his alter ego's coiffure, and the answer may surprise you. "I don't think of it as not having hair," Charles Schulz told NPR's Terry Gross in 1990. "I think of it as being hair that is so blond that it's not seen very clearly, that's all." In other words, Charlie Brown has light-colored hair cropped close to his head, like the children's crew-cuts that were so popular in the era of his creation. The two little inked tufts are suggestive of a full head of hair, not all that's left of one. You actually thought an eight-year-old had male-pattern baldness? Good grief!

Quick Quiz: Charles the Bald, the fifth Holy Roman Emperor, was the grandson and namesake of what famous ruler?