What Color Is Puce?

Have you heard of the Mandela Effect? It's a modern phenomenon of collective false memory, named for the (apparently not uncommon) misconception many people have that Nelson Mandela died sometime in the 1980s. In the past, when a bunch of people were wrong about a clear point of fact, we called this "being wrong." But today, many tender-hearted millennials who misremember their childhood have become convinced that their memories are unimpeachable and there must, therefore, be a paranormal explanation that will vindicate their false beliefs. Perhaps they've somehow been recently transported to this alternate reality in which Mandela died in 2013. Sounds implausible? Sure, but I dare you to prove they didn't switch universes! 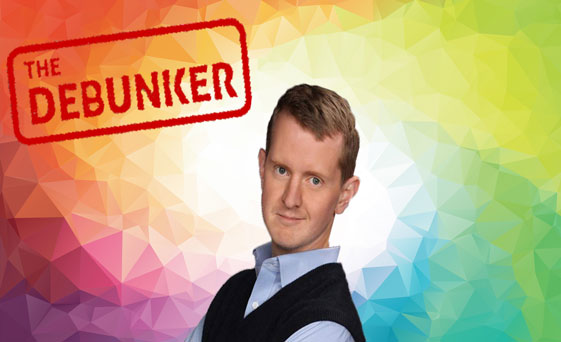 There are hundreds of silly examples of parallel history for Mandela Effect believers: the "Berenstain Bears" spelling their name "e-i-n," the Monopoly mascot wearing a monocle, the comedian Sinbad playing a genie named "Shazaam." (These things never happened.) One interesting one regards the color "puce." Many people are surprised to learn that puce is, in fact, a purplish-brown color—or, in the words of Merriam-Webster's Third Unabridged, "a dark red that is yellower and less strong than cranberry." The Mandela people are convinced—convinced!—that puce was once a shade of green.

It's hard to quantify just how many people don't know what puce is, but when a Marvel Comics artist polled her Twitter followers about puce a few months ago, 57 percent wrongly thought it was a shade of green. Some Mandela folks have an elaborate conspiracy theory that involves a second color as well: they remember chartreuse (a vivid yellow-green) as being a reddish-purple color, and wonder if puce and chartreuse might have switched places in some kind of chromatic dimensional vortex. Wikipedia notes an 1811 medical journal that describes a type of tea as "puce green," but in context, it's clear that that the tea being described is green with overtones of puce. I hate to say it, but to my mind the likeliest avenue for people assuming that "puce" is a pale, pea-soupy green is the word's resemblance to "puke." But that's not how colors work! We don't just switch them to their phonetically closest bodily fluid! Puce is actually named for a different fluid entirely: it comes to us from the French couleur puce, meaning "flea-colored," probably for the dried-blood color of squished fleas. Yuck.

Quick Quiz: What famous woman wore so much puce in the summer of 1775 that the color became all the rage in Paris?