In 2009, a global cabal of artists, designers, and scientists called the International Colour Association decided to create a day to honour—er, "honor"—color in all its forms. International Colour Day is now celebrated every March 21, since that's the spring equinox, the day when light and darkness are in perfect balance. All month, we're going to have Jeopardy!'s Ken Jennings with us, debunking a full spectrum of chromatic claptrap. Your trivia knowledge will soon be in the pink.

The Debunker: What Color Is the "Black Box" on an Airplane?

Like many important inventions, you never hear about them unless something has already gone terribly wrong. By law, the rear fuselage of every commercial airliner in the world—sometimes the rear cargo hold, sometimes a compartment above the galley ceiling—carries a device that records flight data and cockpit audio while the plane is in flight. This is the famous "black box" that's designed to tell investigators what went wrong when a plane goes down. 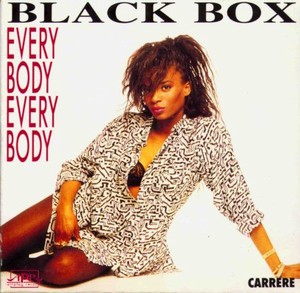 American inventors were working on different kinds of aircraft recorder as early as the 1940s, but the modern "black box," with combines an FDR (flight data recorder) with a CVR (cockpit voice recorder) was the brainchild of Australian engineer David Warren, who built the first prototype in 1956. His lab bosses weren't interested, but a visiting British government minister loved the idea, and the recorders were soon standard worldwide. Today's model is a titanium-shielded device the size of two shoe boxes, designed to withstand temperatures hotter than molten lava, impacts of 3,400 times the force of gravity, and the pressure at the bottom of the ocean.

Divers and investigators often spend weeks or even months searching for flight recorders after a crash, so, as a moment's thought will reveal, black is the worst possible color for a "black box." In fact, these recorders are required by law to be painted bright orange and covered in reflective tape. It's a mystery where the term "black box" came from in the first place, since the boxes were never black. David Warren's very first prototype was a crimson-painted cylinder he called the "Red Egg." In science, a black box is a system whose internal workings are completely unknown, so the name may be a reference to the fact that the device is designed to open up the "black box" of an in-flight airliner. Or the name could be an artifact of a time when recorders had to be studied in a darkroom, as they contained photographic film. The flight recorder has been called "the greatest single invention in the history of safety engineering," but the story of how it got its name is still, well, a black box.

Quick Quiz: What do observant Jews keep in the small black boxes called tefillin, or phylacteries?