July is the first month of the year named for a specific person. Well, January, March, May, and June are all named for Greek or Roman gods, but July is named for a real historical person: Julius Caesar. Caesar was born in the month of July, which is why, in 44 BC, Rome renamed the summer month of Quintilis "Iulius" after the ambitious, toga-wearing general. We've asked Jeopardy!'s Ken Jennings to cross the Rubicon this month and set the record straight about the life and death of the ancient world's biggest celeb. Friends, Romans, countrymen: lend him your ears.

The Debunker: When Are the "Ides" of a Month?

Caesar was famously stabbed on March 15, 44 B.C.—the "Ides of March," according to the Roman calendar. The Romans may have invented concrete, antiseptic surgery and highways, but their monthly calendar was kind of nuts. The days of each month were measured from three reference points: the kalends at the start of a month, the nones about a week later, and the ides about a week after that. What we would call March 16, the Romans would have called "the seventeenth day before the kalends of April." 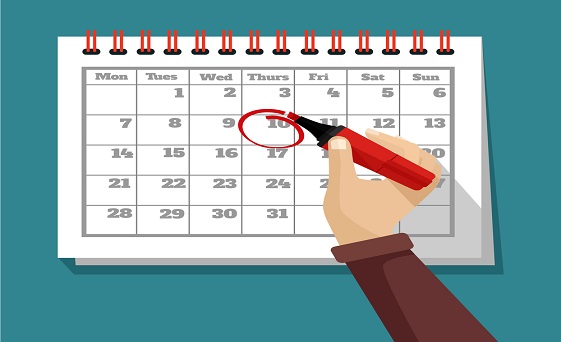 The ides, at the middle of every month, were held to be sacred to the Romans' chief god, Jupiter. Because Caesar's March 15 assassination made the "ides of March" the most famous one, people today tend to assume that the ides always fell on the 15th of the month. In fact, the ides were usually on the 13th! Rome observed eight 30-day months ("hollow" months, they called them) and four 31-day (or "full") months. April was a long month, so its ides fell on the 15th. So did the ides of this month, July, as well as May and October. But the ides of the short months—the other eight—were celebrated on the 13th day, for some reason.

Shakespeare's dramatic use of a soothsayer who tells Caesar to "beware the Ides of March" was based on actual history—kind of. Plutarch and Suetonius both record that a haruspex (diviner) named Spurrina warned Caesar on February 15 that he'd seen a bad omen, and that something bad might befall Caesar sometime in the next thirty days. March 15 wasn't the specific date of doom predicted; it was the all-clear deadline. Sadly, Caesar didn't survive to see the deadline pass.

Quick Quiz: : U.S. personal income taxes are normally due on April 15, but taxpayers can file for an extension to what later date?