The Debunker: Who Told Spider-Man that "with Great Power Comes Great Responsibility"?

Peter Parker's Uncle Ben is destined to accomplish two important things in the Spider-Man mythos: first, to tell his nephew Peter that "with great power comes great responsibility," and second, to die at the hands of an anonymous gunman. That's about it. Those two acts—and Peter's guilt at not having prevented Uncle Ben's death—are what seal the deal on Spider-Man's future. Peter Parker will now spend his spare time as a selfless, wall-crawling friendly neighborhood super-hero, one who looks out for the little guy and never gives up. 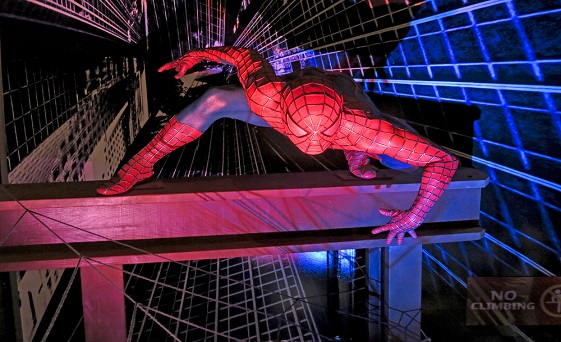 But this is revisionist history, spoon-fed to us by Sam Raimi and other modern-day reinterpreters of the Spider-Man story. What if I told you that Uncle Ben never said "with great power comes great responsibility"—or anything like it?

In Amazing Fantasy #15, the 1962 comic in which Spider-Man and his origin first appear, Ben Parker only appears in a handful of panels. First he wakes Peter up for school, then appears at Aunt May's side when she serves Peter a stack of wheatcakes, brings him an after-school snack (milk and crackers—mmmm!) and then gives him a microscope as a gift. A few pages later, he's killed by a burglar—and that's when a caption tells the reader that Peter Parker is "aware at last that in this world, with great power there must also come—great responsibility!" Uncle Ben never says this—just an omniscient comic book narrator that Peter can't even hear!

The assumption that Uncle Ben must have told Peter about power and responsibility in some pre-mortem heart-to-heart became so widespread that Marvel Comics later embraced it. It seems to have appeared in comic form for the first time with 1987's Spider-Man vs. Wolverine, when Spider-Man says he "can't help remembering my Uncle Ben's words—with great power comes great responsibility." But it apparently took Peter a full twenty-five years to remember this thing that never happened.

Quick Quiz: What kind of spider-powered animal does comedian John Mulaney play in last year's Spider-Man: Into the Spider-Verse movie?